Truffle Shuffle is looking for some awesome people to bring onto our team! Explore opportunities today! 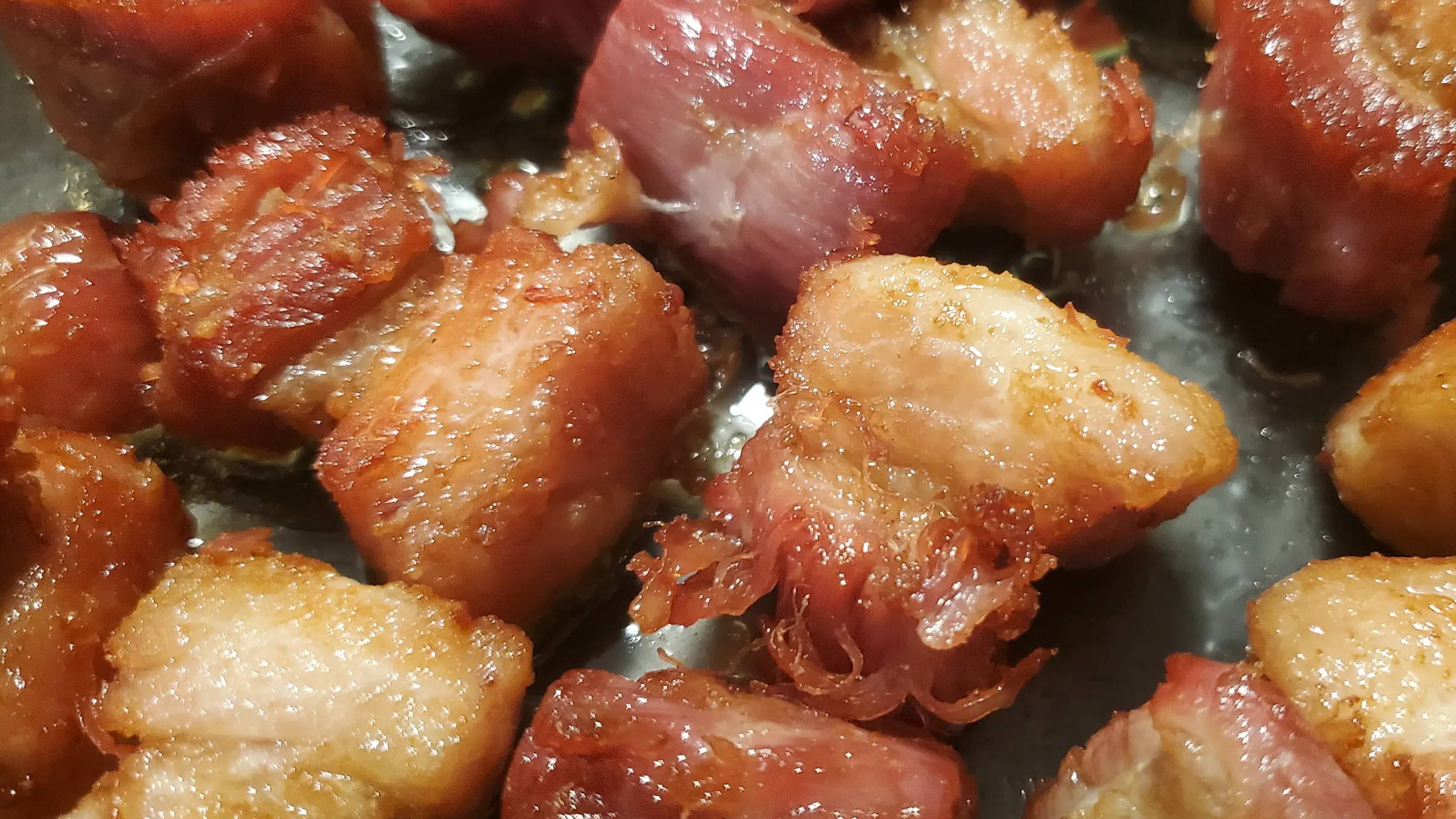 About once a week I get a craving for pork belly. My typical methods of preparation are time consuming - usually I’ll bake it or smoke it first, then fry it. When I discovered this recipe I was looking for a quicker way to prepare pork belly as a late night chicharrón-style snack. I read about the Colombian style of preparing pork belly, where the meat is first boiled until the water evaporates then is fried in its own fat. Since I was in treat-myself mode I made my own variation where the fried pork is tossed in truffle honey as a final step. The result is a crispy and chewy bite size snack that’s a bit too easy to eat. 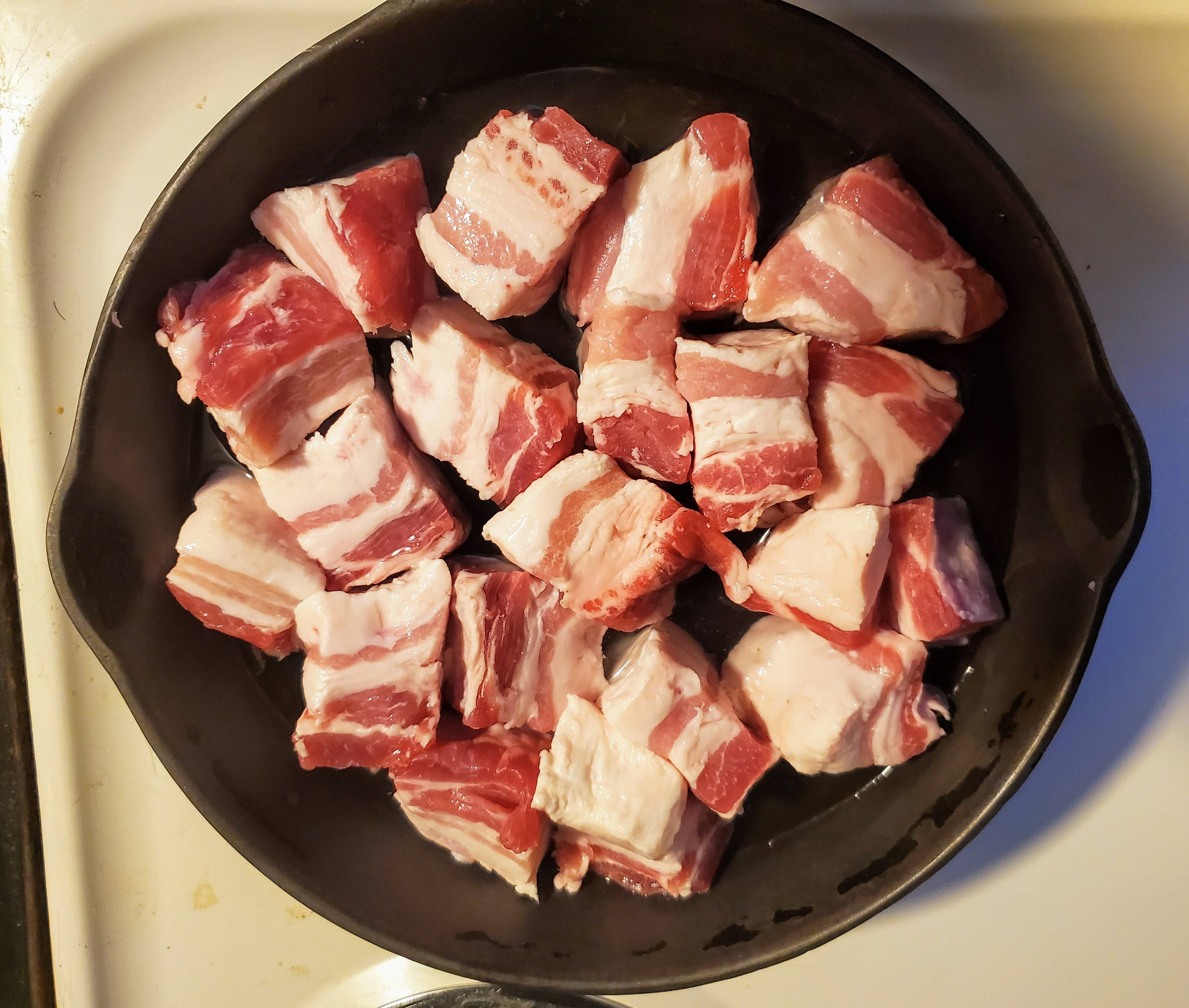 Wash the pork belly and pat dry. Rub the baking soda into the pork skin and cut into roughly 1” squares of equal thickness. The baking soda will start to break down the skin. The longer it's left the better so refrigerate uncovered overnight if you have time. If you're really hungry, just go ahead and cook it!

Place the meat in your skillet or wok and add just enough water to cover the belly pieces. Add salt. Bring the water to a boil then back off to medium-low heat. Allow the meat to cook in the water until it evaporates. 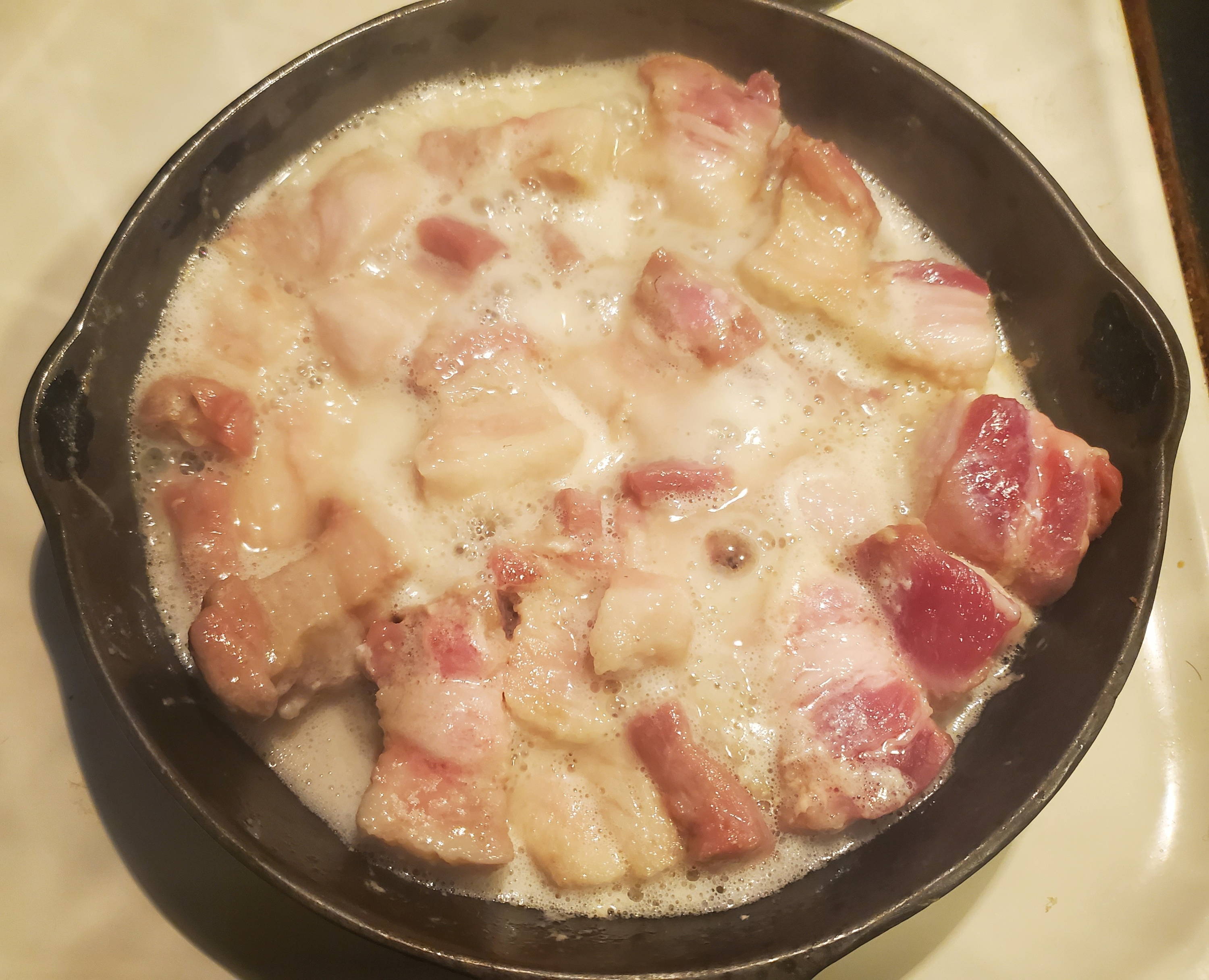 While the pork is cooking, prepare paper towels on a clean surface such as a cutting board.

When the water has evaporated, raise the heat to medium and fry the belly pieces in their own fat. Turn the pieces carefully and regularly until they appear to be an even golden brown on all sides. This should take about 10-15 minutes.

Spread the cooked pork belly pieces across the paper towels, allowing the excess fat to absorb. While still warm, but not too hot to touch, place the belly pieces in a large bowl. Drizzle a tablespoon of truffle honey on top of the pork belly and toss the pieces in the bowl until the honey is well distributed. Store the pieces spread out as a single layer in a covered dish or food container as they will easily stick together as they cool. 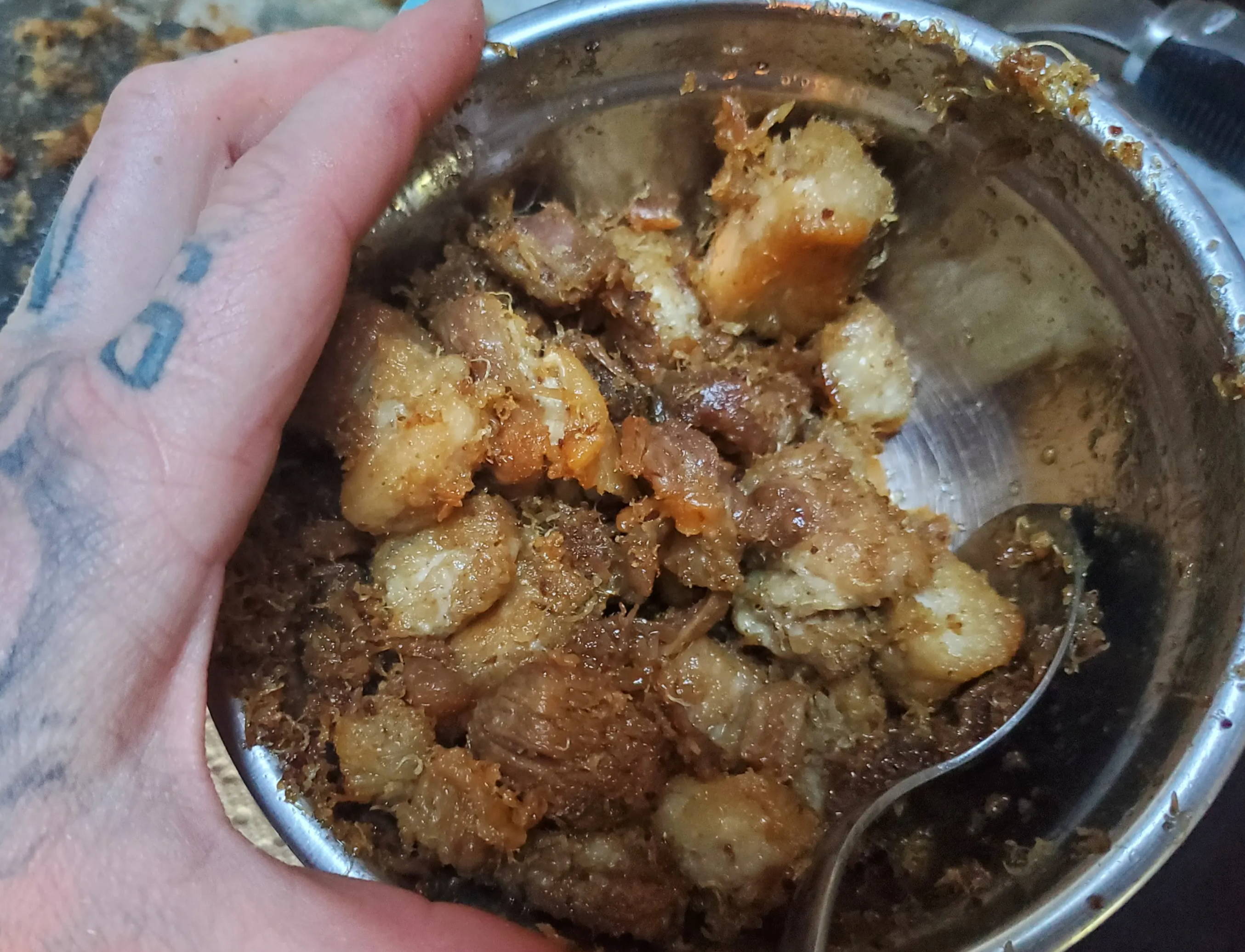