Truffle Shuffle is looking for some awesome people to bring onto our team! Explore opportunities today!

Quiche: An French Classic from Germany

When you're looking for a brunch that's beautiful, delicious, and can be made ahead, what comes into your mind? Did you say Quiche?

Quiche is a savory custard pie that has been gracing our tables since the '80s and '90s. This famous pie has delicious mix-ins, including smoked salmon, cheese, and herbs—perfect for a weekend brunch.

As rich as its flavor is, Quiche also has a rich history dating back to the Roman era. This classic savory pie was first called Patina— which describes a broad and shallow dish used in Ancient Rome.

Even though Quiche's first glimpse was back in the Roman era, modern recipes for Quiche have evolved from medieval Germany. According to food historians, this go-to brunch dish was first concocted in the kingdom of Lothringen in Germany. It was called 'quiche Lorraine'—an open pie with egg, cream custard, and smoked bacon filling.

Later the "open pie" gained popularity in France. The French then added their own twist by adding cheese, which was soon renamed 'Lorraine.' Since then, it grew, and other countries started to add their own flavor to it.

In the United States, Quiche is a popular easy to make breakfast dish. However, as time evolved, Americans started adding their own take to it—using chicken, beef, spinach, and more. Today, Quiche isn't only for breakfast. It's fantastic for lunch, dinner, parties, and so much more that can be served in many ways with many different accompaniments.

In this recipe, we use a delicious combination of smoked salmon, leek and truffle, with a fresh Meyer lemon salad on the side. Though the crust takes some pre-planning, it's a simple go-to brunch recipe to impress. 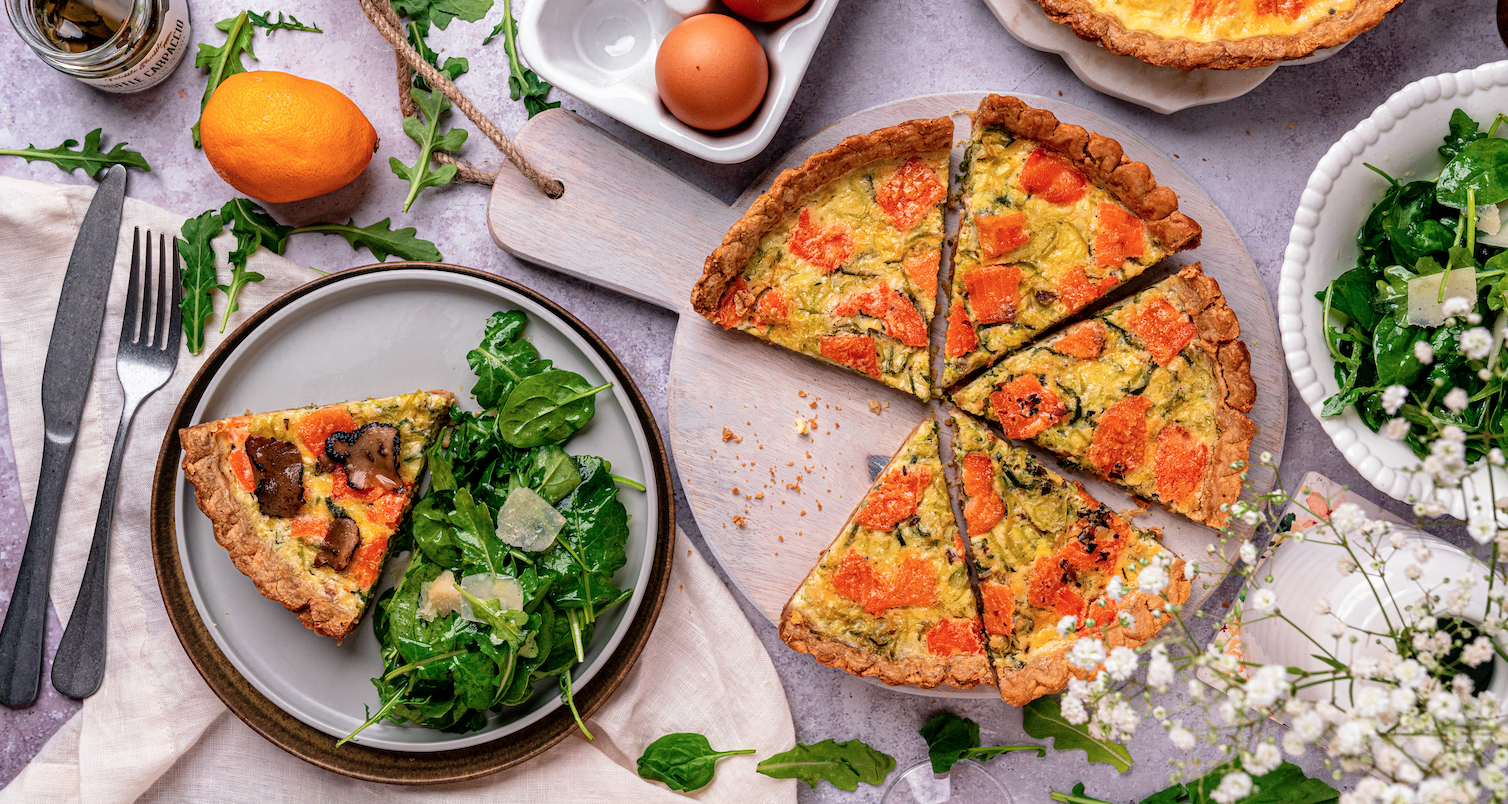