A Taste Down Lobster History: From Trash to a Rare Delicacy

Summer's almost over, which means it's time to eat all of the fresh lobster we can see before Labor Day.

But here's something you probably didn't know about lobsters. Before it was a gourmet delicacy at posh restaurants, lobsters were considered trash. Yes, that's right. Our most loved shellfish was once a throw-away food.

According to Business Insider, when European settlers were washed away on North American shores, lobsters were all over where they would pile up to 2 feet high on shores. Their bounty made them a precious source of sustenance during hard times—and gave them a nasty reputation as the poor man's protein.

During the Revolutionary War, lobsters were abundant that fishermen would toss them back in the water. To add, people didn't like eating them because they crawl on dirt which gave them a nasty reputation—a poor man's protein.

During the Colonial era, they were fed to prisoners, slaves, and servants. Some servants even had stipulations in their contracts to avoid lobster-heavy diets. Even after that, they were still plentiful. Others have used them as fertilizers because lobsters are too perishable. When lobsters die, there's a stomach enzyme that spreads into its body, making the meat go bad faster, and if eaten, it can make you sick. This is why lobsters are usually cooked alive.

But all that changed during the mid-1800s. Fresh lobster and canned lobsters became popular with people living in the country's center and tourists. Because of the new demand, it became a commodity, and prices began surging. When restaurants started serving them, lobsters became a delicacy that allowed wealthy personas to consume lobster and shellfish at unexpected premium rates—and we haven't slowed down since.

Since summer isn't over quite yet. Why not indulge your taste buds with some Lobster Rolls. Say goodbye to boring hot dogs and freezer-burned burgers and make the last day of summer more memorable with a Labor Day Lobster Roll Class! This On-Demand class will teach you how to make a classic lobster roll using the finest fresh lobster from the coast of Maine. So you can finally throw a late-summer lobster party no matter where you are!

And guess what we're doing a flash sale right about now!! With your purchase, you'll receive a printable recipe, a complete ingredient kit, helpful tips & tricks from the chef, wine pairing suggestions, and special access to a master class-style video on cooking this dish from start to finish. Sounds like a steal, right? So open that tab now add them to your cart! 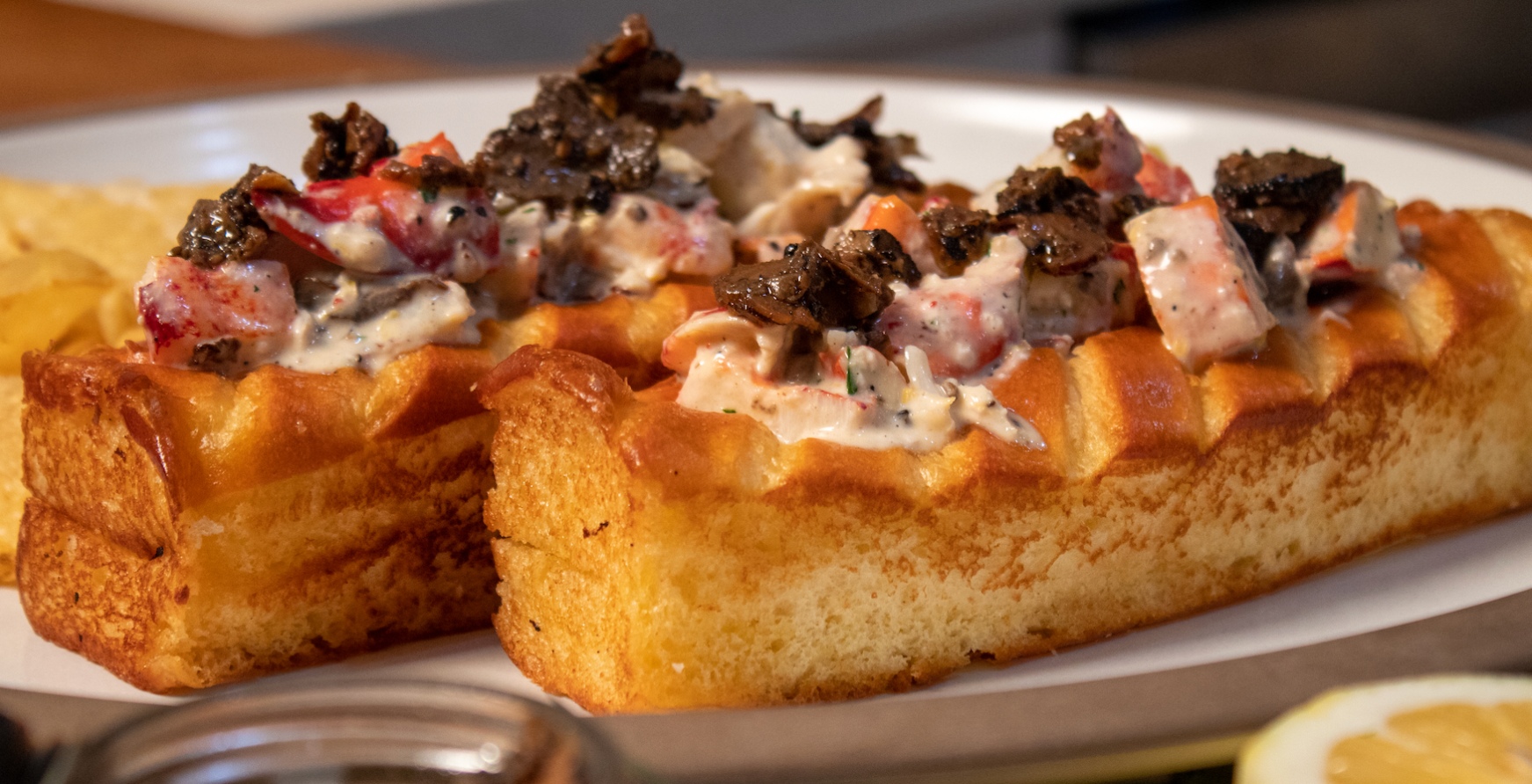 Want to cook this class with video instruction?Click here! Interested in a private event with truffle shuffle? Click here to learn more.

Chef Marketplace
Culinary Academy
Become a Chef
About the Membership